[Towards a European Health Union: WEBINAR 1]

Towards a European Health Union

A vision for more EU in health

As the COVID-19 pandemic continues to impact Europe and the world, the need for European cohesion and global solidarity in health has never been stronger. Building on the conversations started in the EHFG webinar series Gastein goes online: Policy debates during the pandemic, we are proud to present our first webinar in the framework of the European Health Union (EHU) initiative: Towards a European Health Union: A vision for more EU in health, which took place on December 9th 10:00 – 11:00 AM CET.

The webinar introduces the EHU initiative’s Manifesto for a European Health Union and engages expert speakers and webinar participants in a candid dialogue about the Manifesto’s goals and how they may best be achieved. As the Conference on the Future of Europe charts a course for Europe’s road to recovery, can we take the current crisis as an opportunity to build a stronger, more participatory and more resilient European (Health) Union where the lives and health of everyone matter? To learn more and sign the Manifesto, head over to europeanhealthunion.eu. 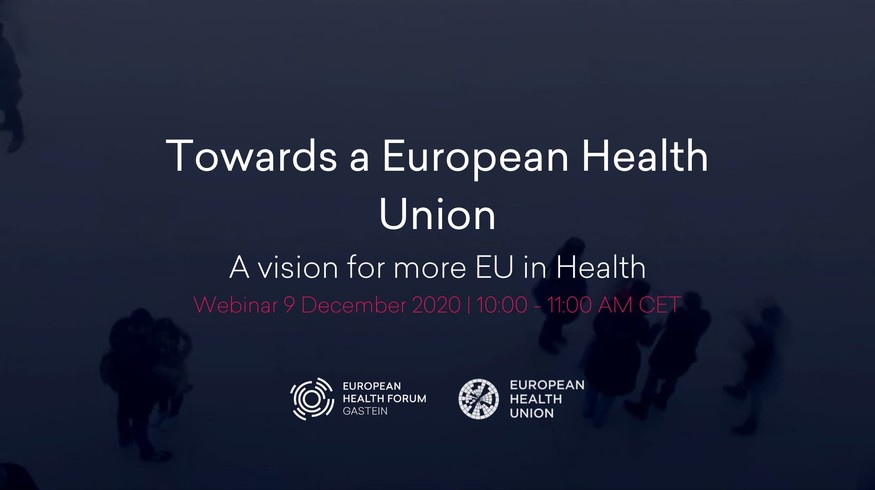 Special Envoy for the European Region 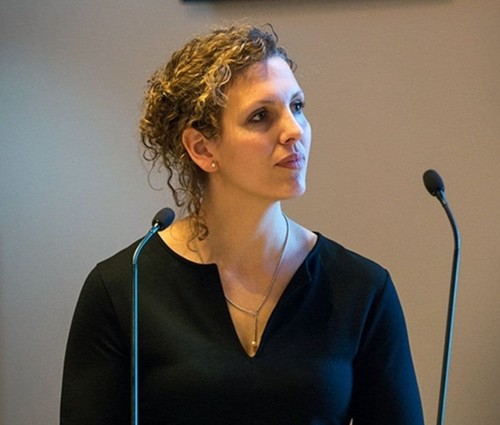 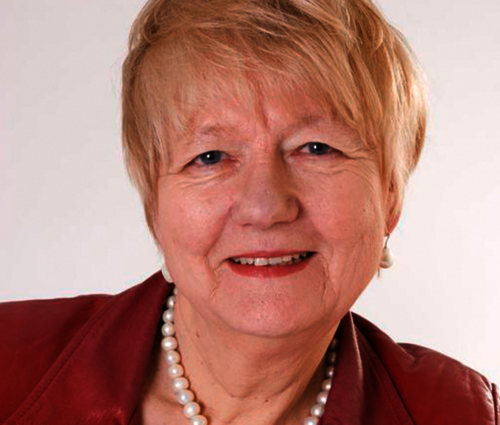 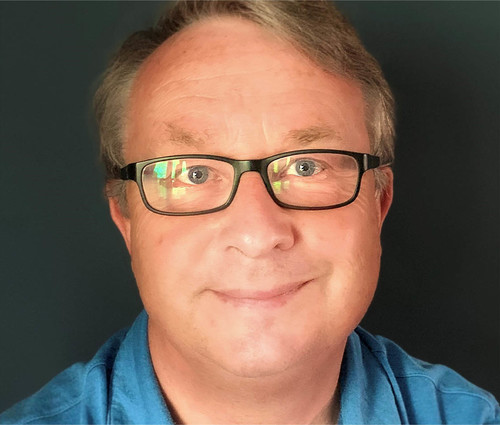 The concept of a European Health Union (EHU) was catapulted to the forefront of EU policy by European Commission (EC) President Ursula Von der Leyen in her State of the Union speech in September 2020. But what should a EHU look like in practice?

Click the timestamps below to jump to the relevant part in the webinar recording!

(4:50) Kicking off the webinar, Vytenis Andriukaitis emphasised the timeliness of the EHU initiative, pointing out that health is having a rare moment in the political spotlight due to the pandemic: “Health was the Cinderella of public policymaking and we never got to go to the ball. But now, we are the equivalent of the princess at the ball and everyone wants to dance with us”. Nevertheless, there may be limited ambition from health ministers (given discussions at the EPSCO Council Meeting on 2nd December 2020) for action that goes beyond the scope of existing instruments and institutions, or secondary legislation.

(9:20) Andriukaitis and colleagues suggest going further: amending Article 2, part 3 on the Treaty of the EU – simply including the sentence “It shall promote Universal Health Coverage (UHC) by establishing a Health Union” could send a strong signal and enable much deeper action.

(12:44) Webinar viewers were asked what the idea of a EHU meant to them.

(14:10) Commenting on the audience input, Martin McKee, Professor of European Public Health, London School of Hygiene and Tropical Medicine, stressed the need for long-term thinking and a people-centred vision for the EHU. “We need to look beyond the current crisis and look at sustainability of environment and health (…), to ensure we don’t get back into a situation as we are in now.”

(18:00) Ilona Kickbusch, Founding Director of the Global Health Centre, Graduate Institute Geneva, advocated for a strong global dimension within the EHU: “The EC has suggested a global pandemic treaty. This proposal would relate back to the competencies that the EC has, and that the MS are willing to share, harmonise or legislate for.”

(22:53) For Vytenis Andriukaitis a EHU means leaving no-one behind: UHC for all, and equal treatment for all patients in Europe. He also echoed Ilona Kickbusch´s comments that intersectoral policy work will be key at both European and global levels: “A health centred approach is needed now in all policies – the economy, financial issues, transport. The EC role must be strengthened for this.”

(29:00) The current EC proposal for a EHU is based on what was thought politically feasible, argued Anniek de Ruijter, Associate Professor of European Law, University of Amsterdam. This translates to a reactive focus on health threats, emergencies and infectious disease control, when what we really need is a much broader vision: strong and resilient health systems, capable of weathering any future crisis.

(33:50) Martin McKee discussed some of the weaknesses of the EU response to the pandemic, including procurement, access to accurate data, and coordinated European research, and (39:38) highlighted tensions between the operation of the internal market and the promotion of health. However, Mc Kee also suggested MS are more aware now of the advantages of cooperation on health - tempering some fears which in the past may also have been exaggerated for political reasons.

(41:30) Anniek de Ruijter observed that there is some distance to go regarding the political will needed from MS side to realise a EHU: MS have initially responded rather critically to what they see as the EC´s “opportunistic” proposals for a EHU, and resisted the idea of new legislative proposals before a comprehensive evaluation of COVID-19 responses is concluded.

(44:00) Participants weighed in on how a EHU may be realised.

Speakers concluded the discussion with their take-home messages:

(45:50) “A EHU cannot only be inward looking, it must enact global solidarity”, appealed Ilona Kickbusch. “The Union has power in setting standards and can actually help move [many crucial issues] forward in a responsible global way.”

(46:43) Vytenis Andriukaitis gave a rallying call for politicians to be more ambitious to ensure that everyone in Europe has the same access to the healthiest quality of life.

(47:46) Anniek de Ruijter urged webinar viewers to write to their MEPs and national parliamentary members, and ask them to support proposals for a EHU.