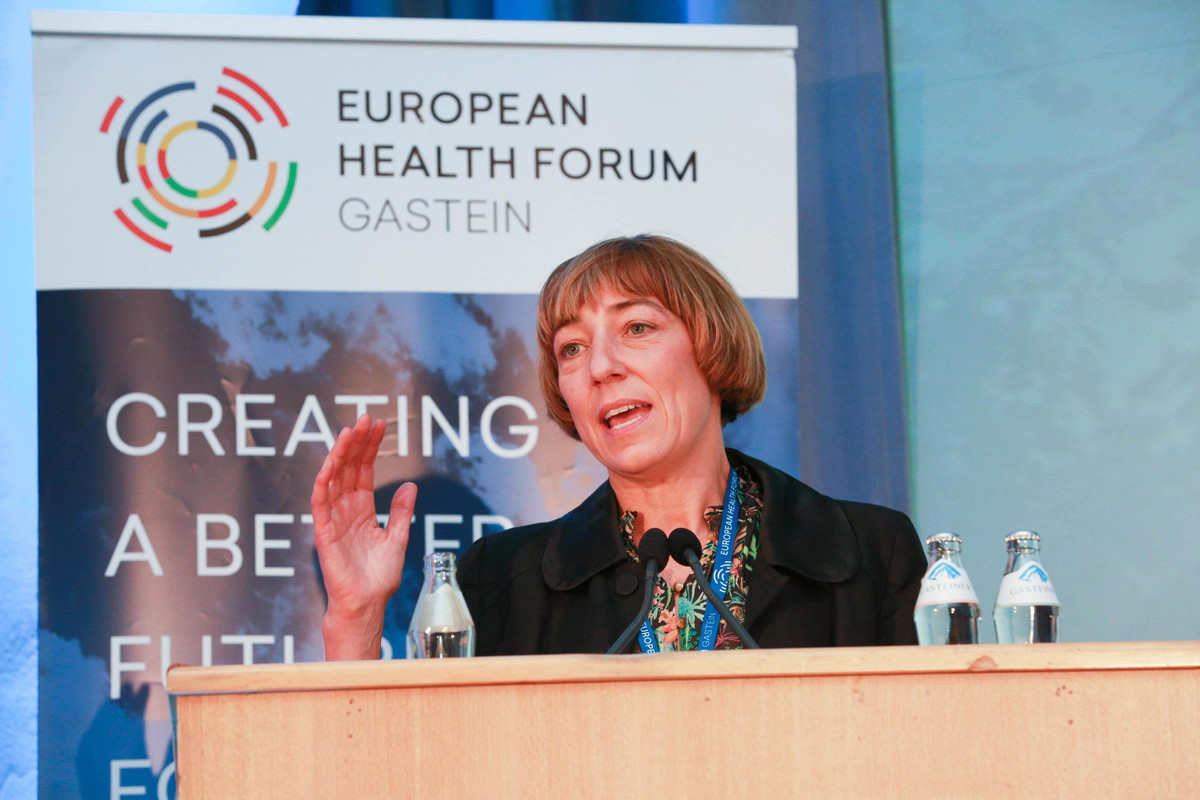 The Tobacco Control Research Group (TCRG) at the University of Bath, directed by Professor Anna Gilmore, is an internationally renowned team of academics and professionals. The multidisciplinary group combines in-depth knowledge of the tobacco industry with diverse methodological skills, ranging from Big Data to investigative research. The TCRG broke new ground in researching industry interference, developing an innovative knowledge exchange platform – TobaccoTactics – and using their research to advance public health. This research is used by civil society and governments worldwide to secure policy change. Furthermore, the TCRG contributed to the development of Article 5.3 of the Framework Convention on Tobacco Control (FCTC, independence from the tobacco industry) and continues to inform FCTC negotiations. Their work underpinned regulation that saved millions of lives worldwide, from UK plain packaging to the EU Tobacco Products Directive and the Uganda Tobacco Control Bill and has been recognised globally with accolades including the WHO World No Tobacco Day Award.

Throughout his career, Professor Jan De Maeseneer has demonstrated leadership in health as a Family Physician, working for 40 years in one of the first Interprofessional Community Health Centres in Belgium (1978-2017). In addition to other functions, he led a fundamental curriculum reform towards an integrated Community Oriented Contextual Undergraduate Medical Curriculum at Ghent University (1997-2016). He has been actively involved in developing an integrated, needs-based capitation system for financing Primary Health Care (PHC) in Belgium, taking the lead in strengthening inter-professional cooperation as well as integrating public health, primary care, health and social care in practice and education. He strongly inspired the paradigm-shift in chronic care from disease-oriented towards goal-oriented care. He also contributed to equity in health internationally, as a member of the WHO Commission on Social Determinants of Health (2006-2008) and as a change agent to develop and strengthen PHC in Europe, Asia, Latin America and Africa. He chairs the Expert Panel on Effective Ways of Investing in Health, advising the European Commission on health topics.

Mariana Dolores co-founded and serves as current President of the NGO ‘Mundo a Sorrir’ (Smiling World), an Association of Solidary Dentists that promotes and provides oral care to disadvantaged social groups in Portugal and four other Portuguese-speaking countries (Guinea Bissau, Sao Tome and Principe, Cape Verde and Mozambique). With her initiative and dedication to ensure oral health for all as a fundamental human right, a strong solidarity movement amongst more than 1,600 practising dentists has been launched to voluntarily provide health to the vulnerable members of their communities and thus improve their quality of life. Under her strong leadership, Mundo a Sorrir is also actively involved in increasing the health literacy of the young generation, extensive research activities as well as projects on social inclusion. Since its establishment in 2005, the Mundo a Sorrir covered 590,541 beneficiaries, performed 124,695 dental doctor screenings, organised 35,270 training actions and donated 281,708 toothbrushes and toothpaste.

Melanie Kennedy has campaigned tirelessly for equity in access to cancer drugs in Northern Ireland (NI), in line with the rest of the UK. She has amended the process so that terminal cancer patients in NI can now access Kadcyla, a life extending drug. She has also successfully lobbied local government for a Cancer Strategy for NI. She is the founder of Northern Ireland Cancer Advocacy Movement (NICAM), a registered charity, helping patients in NI with a terminal cancer diagnosis both in accessing treatments, symptom management and support. Being a patient herself, she was successful in changing the treatment option of all patients in NI who can now access Kadcyla. As a direct result, a Cancer Strategy for NI was announced which she will be actively involved in shaping. By refusing to accept the status quo, she has changed the cancer pathway for all patients in Northern Ireland.

Professor Walter Ricciardi has worked relentlessly for health in Italy and Europe. As Professor of public health in Rome he can take much of the credit for the considerable strength of the next generation of Italian public health professionals, creating career pathways, developing opportunities, and building bridges between Italy’s regions. As former President of the European Public Health Association (EUPHA), he demonstrated leadership in developing a European community of health professionals engaged in policy, practice and research, while fostering greater engagement with civil society. Confronted with measles outbreaks, he proposed mandatory vaccination and built political support for the legislation. This was at high cost, as he was persistently attacked by the antivaccine movement. In addition to contributing to over 300 academic papers, primarily in the fields of Epidemiology, Health Services Research and Public Health Genomics, he is also editor of the European Journal of Public Health, of the Oxford Handbook of Public Health Practice and founding editor of the Italian Journal of Public Health.

Over ten years, independent UK health charity Pathway has grown to be a significant nationwide influence on the quality and scale of specialist health service provision for people experiencing homelessness. Building on the credibility of a practical service innovation - creating and supporting specialist homeless hospital teams to directly improve patient care - Pathway has developed an international network of clinicians, generated significant new public investment in relevant health research, and coined the term ‘inclusion health’ to define a new discipline. Pathway’s activity has created relationships with health leaders across the UK and influenced the whole UK health system. This has most recently been illustrated by the direct reference to the charity’s work as best practice example in the new NHS England Ten Year Plan. Pathway’s original innovation was to recognise the connection between social exclusion and poor health outcomes. It then created a new model of care as a solution to the problem, to drive change in the UK health system. 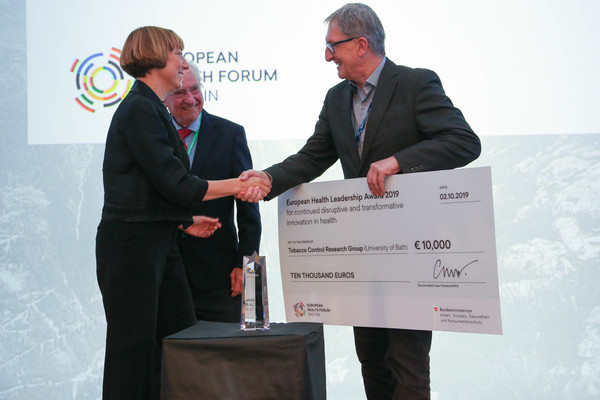 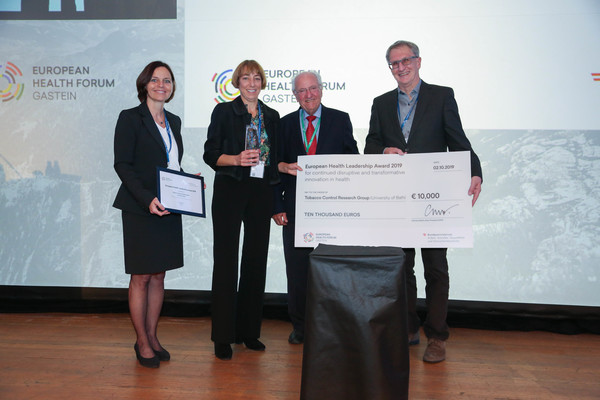 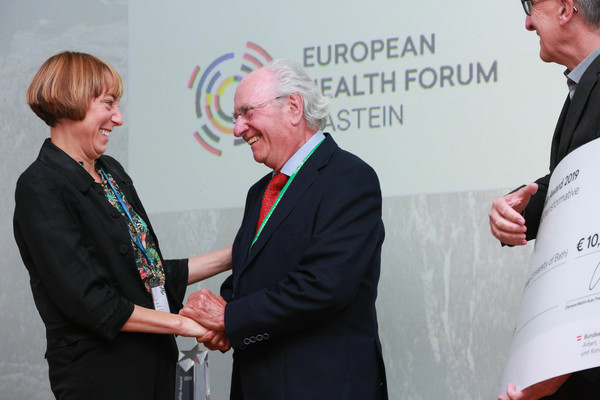