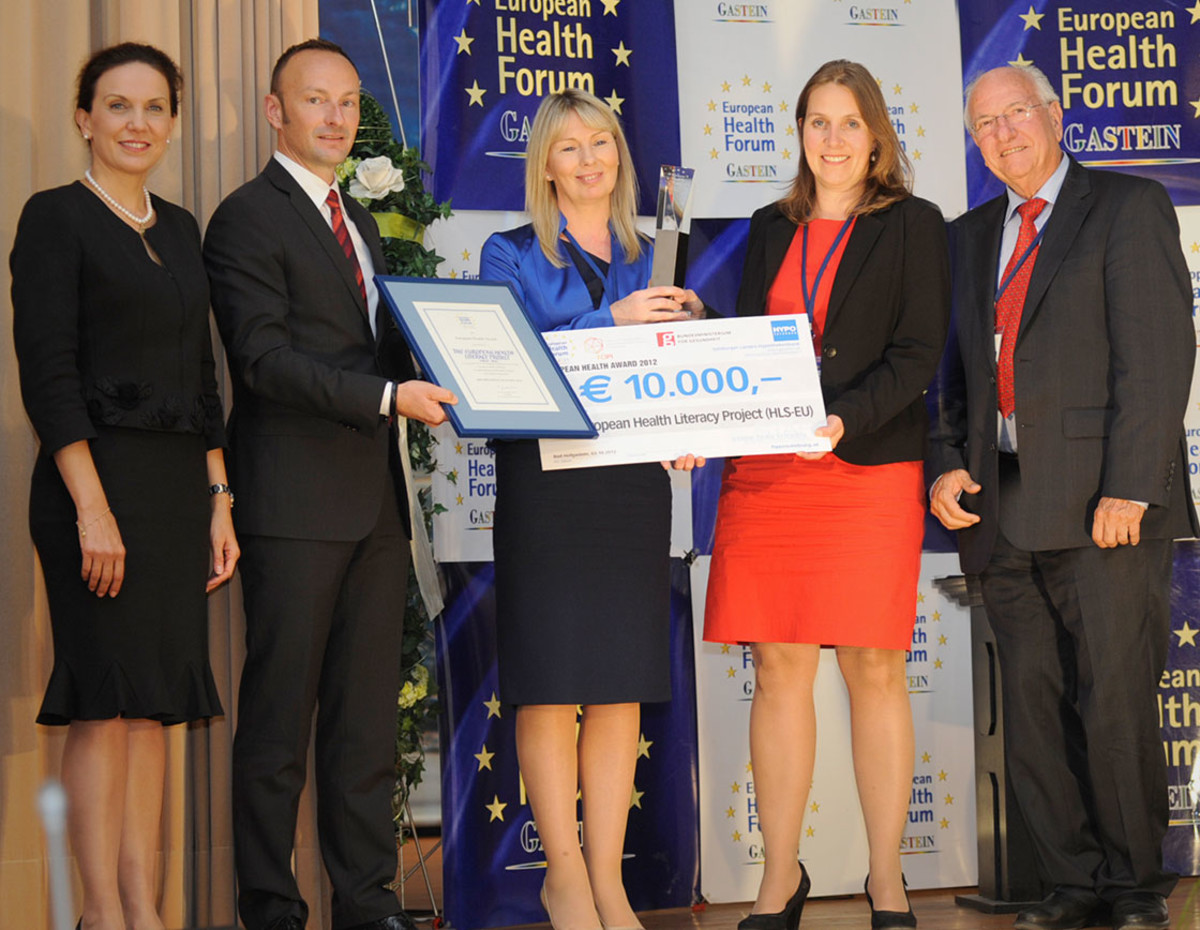 We would like to congratulate the winner HLS-EU – The European Health Literacy Project.

In Europe, breast cancer accounts for 140,000 deaths and 450,000 new cases every year, the main cause of cancer deaths among women. One in nine women will be diagnosed in their lifetime, yet a third of breast cancers are preventable or an estimated 178,200 by 2020. Breast Health Day was first launched in October 2008 to raise awareness and disseminate information about the prevention and early detection of breast cancer. Each year a new campaign is developed that includes posters, pamphlets, media backgrounders, a website, and a digital editorial campaign on Facebook, Twitter and You Tube.

Epidermolysis bullosa (EB) is a severe but rare condition which is poorly treated in many European countries. An estimated 30,000 EB patients and their families across Europe stand to benefit from this project, whose key goals and objectives to be realised within a two-year period include initiation of multi-centre clinical studies for new treatment methods, development of an online database of best practice, and the launch of a specialised medical training and further education programme. It is thought this model could be emulated for other rare diseases.

Diabetes is currently killing 325,000 people a year in Europe. There are approximately 35 million diabetes sufferers, and that figure is projected to increase 23% by 2030. Monitoring quality of care can improve policy and practice. The project (2009-12) is implementing a sustainable European diabetes register through coordination of existing national/regional frameworks, and the systematic use of the BIRO (Best Information through Regional Outcomes) technology, updated and improved to facilitate adoption by a growing community of partners. So far the project has brought about updated standardised definitions for diabetes and a common framework for standardised measurements. BIRO software is up and running in 20 countries, with a BIRO academy and e-learning platform to support training and dissemination.

This project, accredited by the European Accreditation Council for Medical Education (EACCME), aims to close teaching gaps in nutrition and paediatrics. Good nutrition during the foetal period and the first years of life substantially contributes to long-term health. It is also a major underlying factor in obesity and non-communicable diseases, and malnutrition remains a major cause of death, particularly in developing countries. Eastern Europe suffers from both malnutrition and obesity. Nine training modules address the impact of nutrition during infancy and childhood. Single modules have gradually been introduced over the last 12 months and have been visited by 5,200 students so far.

Participating countries: Programme available in Europe and recognised in USA and some Asian countries. Modules are accessible all over the world and are already actively used by postgraduate African students.

This project is aimed at reducing tobacco consumption to decrease the longer-term burden of non-communicable diseases, and promote health outcomes particularly for young people. Tobacco use in Europe is the leading risk factor for respiratory and cardiovascular diseases, type 2 diabetes, and cancer. Price increases are the most effective way of reducing tobacco consumption. Training programmes have been developed for the public health community at national level, with content approved by a panel of experts and tailored to participating countries and regional needs. So far there have been five successful regional capacity-building workshops. National advocacy tool kits in 19 European languages are to be published online in September.