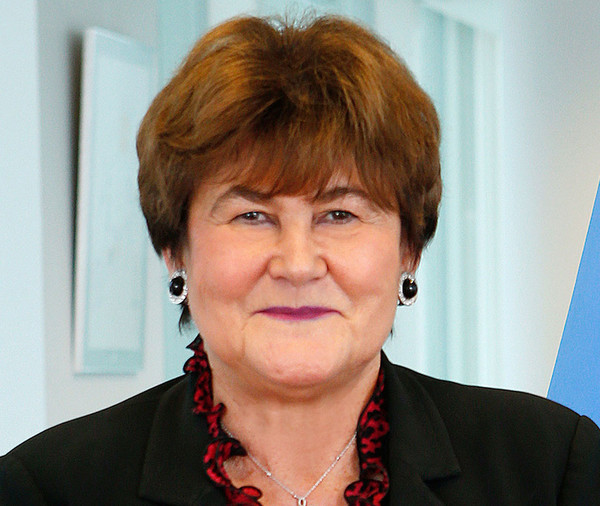 Zsuzsanna Jakab served as WHO Regional Director for Europe for two terms, from 1 February 2010 to 30 September 2019. A native of Hungary, she has held a number of high-profile national and international public health policy positions in the last three decades. Before her election as Regional Director, Dr Jakab served as the founding Director of the European Union's European Centre for Disease Prevention and Control (ECDC) in Stockholm, Sweden.

Between 2005 and 2010, she built ECDC into an internationally respected centre of excellence in the fight against infectious diseases. Between 2002 and 2005, Dr Jakab was State Secretary at the Hungarian Ministry of Health, Social and Family Affairs, where she managed the country’s preparations for European Union accession in the area of public health.

She played a key role in the negotiations leading up to the Fourth WHO Ministerial Conference on Environment and Health, held in Budapest in June 2004. Between 1991 and 2002, Zsuzsanna Jakab worked at the WHO/Europe in a range of senior management roles. As Director of Administration and Management Support, she managed strategic and operational planning for the Regional Office and guided the work of its governing bodies. Before this, as Director of Country Health Development, she was in charge of external relations and strategic partnerships: coordinating collaboration with the 51 Member States in the WHO European Region and international partners.

During her long tenure with WHO/Europe, she also served as Director of the Division of Information, Evidence and Communication and Coordinator of the EUROHEALTH programme. Born in 1951 in Hungary, Dr Jakab holds a PhD degree in Health Sciences from the University of Debrecen, Hungary; a Master’s degree from the Faculty of Humanities, Eötvös Lóránd University, Budapest; a postgraduate degree from the University of Political Sciences, Budapest; a diploma in public health from the Nordic School of Public Health, Gothenburg, Sweden; and a postgraduate diploma from the National Institute of Public Administration and Management, Hungary. She began her career in Hungary’s Ministry of Health and Social Welfare in 1975, being responsible for external affairs, including relations with WHO.